On Tuesday, President Donald Trump’s longtime political adviser and confidante Roger Stone pleaded not guilty in a federal courthouse in Washington, D.C.  Stone is being arraigned on a seven-count indictment brought by special counsel Robert Mueller.

Stone’s arrest late last week marked a turning point in the special counsel’s ongoing investigation into Russian interference during the 2016 election. In his 24-page indictment of Stone, which laid out charges of witness tampering, obstruction of justice and lying to Congress, Mueller painted the clearest picture yet of possible collusion between the Trump campaign and Russia.

The charges brought by Mueller’s office largely revolve around false statements Stone is accused of making to the House Intelligence Committee regarding his communications with associates about WikiLeaks. He also stands accused of witness tampering in connection with humorist and radio show host Randy Credico’s testimony to the House Intelligence Committee.

After his court appearance on Friday, Stone pledged to fight charges and reiterated his support for Trump. 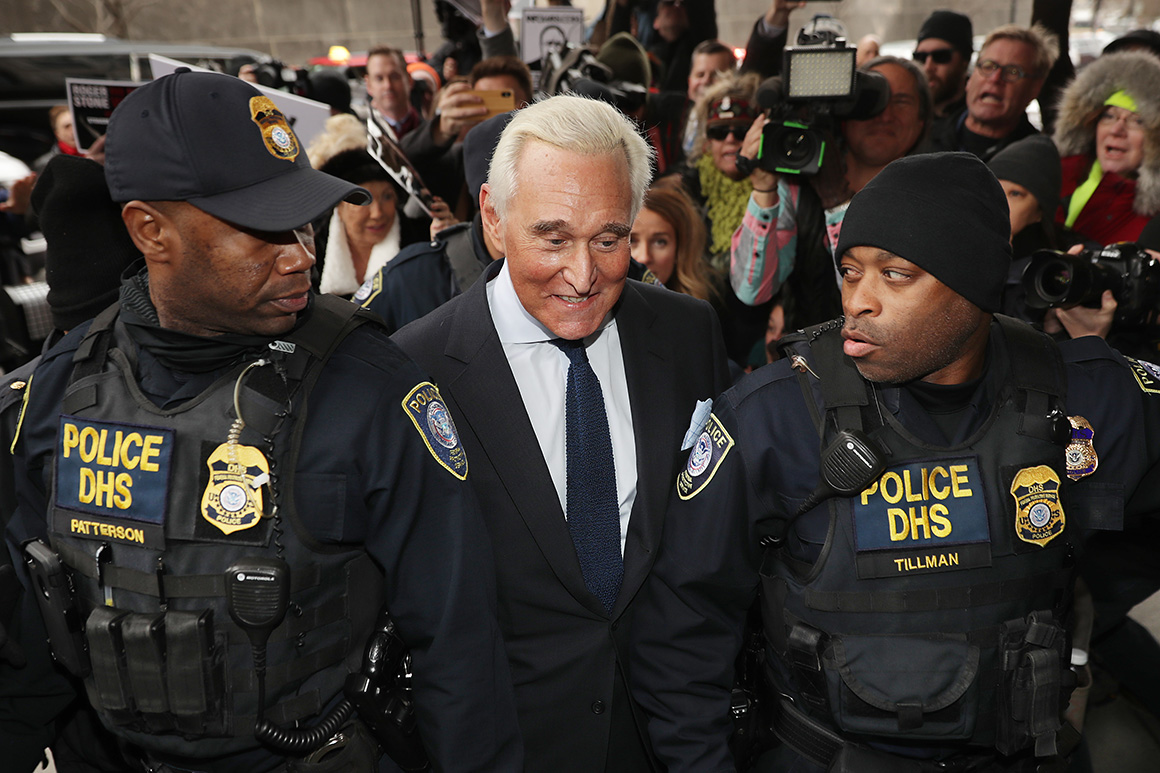 Via www.politico.com
Roger Stone, the longtime Donald Trump associate, pleaded not guilty Tuesday to charges he lied…
01/29/2019 10:20 AM