On Tuesday, the Indianapolis Colts have signed guard Mark Glowinski to a three-year contract extension worth $18 million, and includes a $4.2 million signing bonus.

Glowinski, who was claimed off waivers from the Seattle Seahawks in 2017, started nine of the 11 games in which he saw action for the Colts in 2018. He was scheduled to be a free agent after this season.

Glowinski, 26, was a fourth-round pick by the Seahawks in the 2015 NFL Draft. He appeared in 35 games for the Seahawks before joining the Colts’ offensive line.

With Glowinski re-signed, all five starters on the Colts’ offensive line are under contract for the 2019 season. 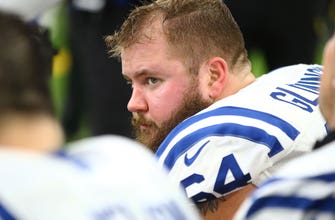