After the longest shutdown in government history, federal employees went back to work Monday. However, the economic effects will be felt for a long time. A report released Monday by the nonpartisan Congressional Budget Office found that the economy took an $11 billion hit, including $3 billion that’s gone forever, in the 35 days that parts of the federal government went unfunded.

“In CBO’s estimation, the shutdown dampened economic activity mainly because of the loss of furloughed federal workers’ contribution to GDP, the delay in federal spending on goods and services, and the reduction in aggregate demand,” the report said.

The CBO said its estimates “do not incorporate other, more indirect negative effects of the shutdown, which are more difficult to quantify but were probably becoming more significant as it continued.” 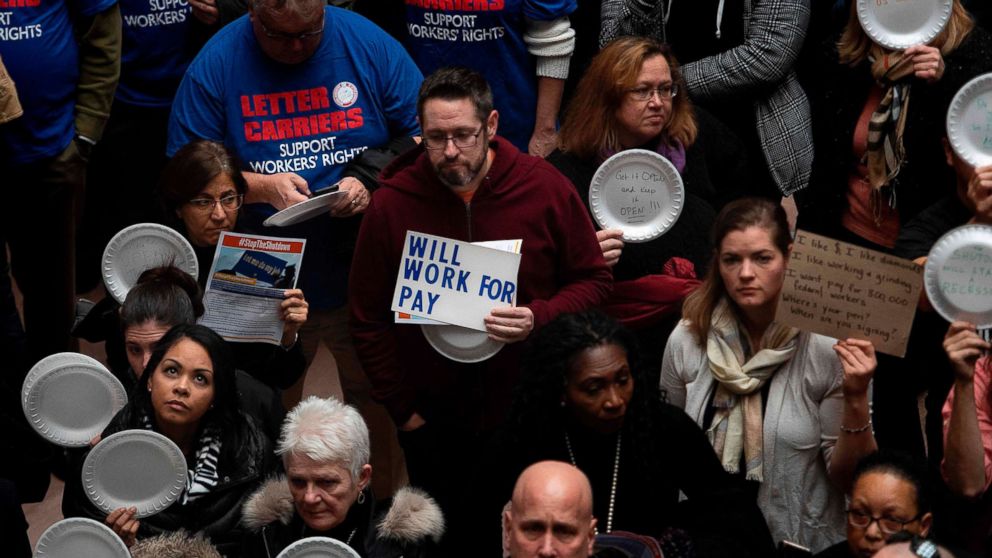 Via abcnews.go.com
The nonpartisan Congressional Budget Office estimates that the longest-running government…
01/28/2019 12:40 PM