The Indianapolis Colts announced Monday that Adam Vinatieri has officially signed a one-year contract extension to return for the 2019 season. Vinatieri played the 2018 season on a one-year deal with the Colts and was set to become a free agent this offseason.

This upcoming season will be Vinatieri’s 24th in the NFL and 11th with the Colts. The 46-year-old made 23 of 27 field goals—including four field goals of 50 yards or longer—during a record-breaking 2018 campaign. The future Hall-of-Famer became the league’s all-time leading scorer with 2,600 career points and surpassed Morten Andersen’s previous record of 2,544. 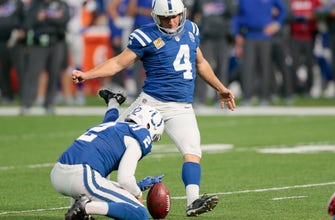 The ageless one: Vinatieri signs one-year deal with Colts